The “Viadana, Portiolo, San Benedetto Po, Ostiglia” Special Protection Area is divided into four large areas – of which only a portion falls within the Oltrepò – and belongs to the Natura 2000 European ecological network.

At over 7,000 hectares it is the largest wilderness area in the Mantuan Oltrepò Parks System and contains all the natural (flowing water, sandy areas, oxbow lakes, “bugni”, riparian woodlands) and man-made features (poplar woods, plantations, sand and clay pits, flood defences, river docks , settlements, and civil and industrial infrastructure) typical of the lower course of the Po which, with its flood plains,represents the largest natural area in the Mantua area and the Po Plain in general.

The richness of wildlife in the Special Protection Area (SPA) is therefore not surprising, above all as regards birdlife (over 200 species), including the black kite, the osprey, the harrier, the bee- eater, the little ringed plover, the common tern, the little tern, the woodcock and the golden oriole. As far as the mammals go, besidesthe hedgehog, the hare, the weasel and the numerous species of small rodents, you can find badgers and roe deer; the amphibians and reptiles include the smooth and crested newt, the green frog, the tree frog, and the common and European green toad, as well as the green lizard, the coluber and the grass snake. Finally, the fish include the increasingly rare sturgeon, the grey mullet, the eel, the twait shad, the carp and the wels catfish (a species from the Danube which can exceed 2 metres in length and which is creating no shortage of problems for the local ichthyofauna). The areas near the river offer evocative views and can be reached, compatibly with the water levels at the time, through an extensive network of (mainly dirt) service roads. These also include some sections of tow path: roads alongside the banks once used to tow boats and ferries against the current.

Access to motor vehicles is permitted only where indicated by specific signage. The four sections of the SPA are connected together by the Eurovelo EV8 paths and the Province of Mantua cycle routes 2d and 2s, and to the wilderness areas of the Mantuan Oltrepò Parks System by the Parks Cycle Route.

You can enjoy the following surprising experiences in the SPA: 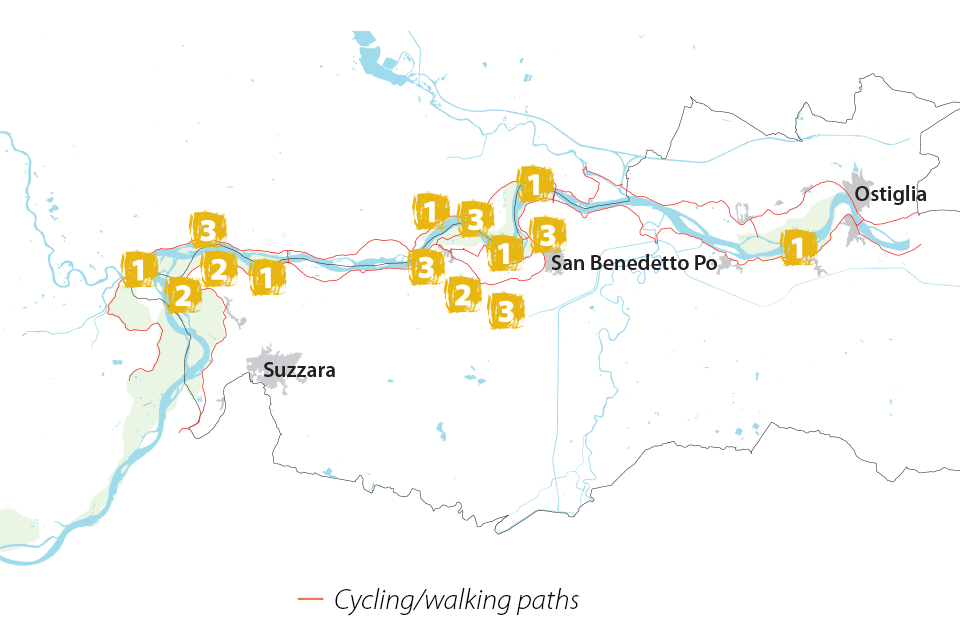 What happens along Po through the seasons?