The Golene Foce Secchia Park (a Supra-municipal interest local Park) encloses the final section of the Secchia river, from the border with Emilia until it meets the Po. Here, the Apennine tributary winds along between high embankments which delineate floodplains significantly smaller than those of the Great Po River.

Set up in 2005, the Park covers an area of around 1,200 hectares, including territory from the municipalities of Quistello, Quingentole, San Benedetto Po and Moglia, and encloses agricultural systems and natural river environments, connected by a wide network of inter-farm roads which fan out from the main embankments.

Even more so than for the agricultural and natural areas, the wilderness area is characterised by territorial geomorphology dominated by tight meanders of the river and major hydraulic systems, testimony of the thousand-year-long work by the people of the Mantuan Oltrepò to manage the waters. In this regard, the facilities of Mondine and San Siro, as well as the syphon with which the Mantua-Reggio Emilia Agro canal passes under the Secchia, delivering its own water into the Po at the Moglia di Sermide drainage plant, in the Golenale del Gruccione Park, are of notable interest.

The Park is particularly suitable for cycling for young people and others thanks to the 30 km circular panoramic path which runs along the top of the embankment, alongside significant historical, artistic and hydraulic sights (Polirone Abbey, Pieve matildica di San Fiorentino church and Gorni Museum of Nuvolato, the Bondanello drainage system, the San Prospero syphon , etc.) and connects to the wilderness areas of the Mantuan Oltrepò Parks System via the Parks Cycle Route. The Secchia cycle ring is also part of the Eurovelo EV7 route and the province of Mantua cycle routes 3d and 3s. 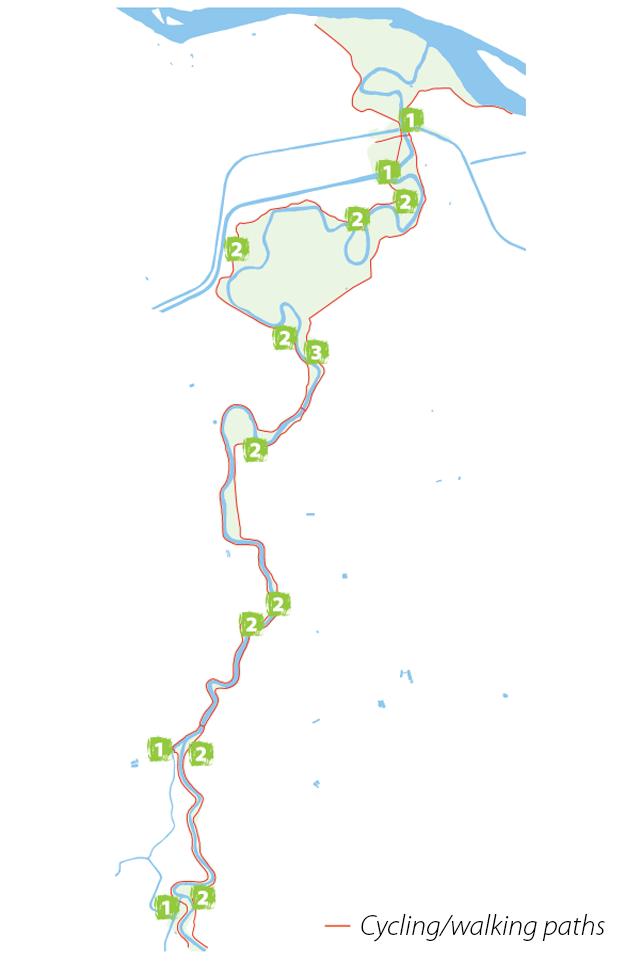 What happens in the park through the seasons?